We were keen on working on producing something for which we could build an image from scratch that had a more organic and live feel to it, as we had already been doing for the authorial project "Águas Rasas" (Shallow Waters).
That is when a beautiful Natura layout came up and we were honored to produce the main launching campaign image for the Perfume Essencial Mirra. Flasks, crystals, stones, and several elements that make it up were all built in 3D. 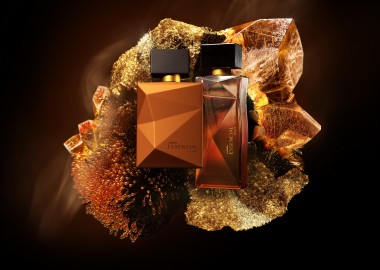