When we got the green light for this project, the heart-shaped bonbons were still being produced at the Kopenhagen factory. We were sent some photos to have an idea of how they would look and we worked hand in hand with the actual chocolate production while creating our 3D images.
For this Valentine's Day campaign, we built 3D images of the four types of bonbons and made small variations in the milk bonbon graphics, so that they would not seem to be the same bonbon replicated. The bow and arrow were also sculptured in 3D. 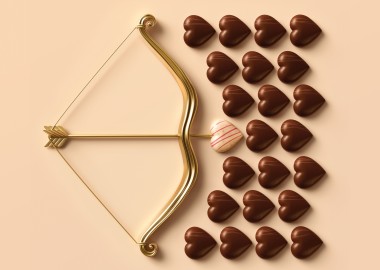 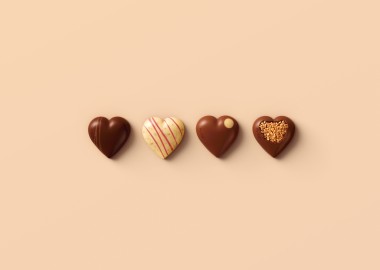